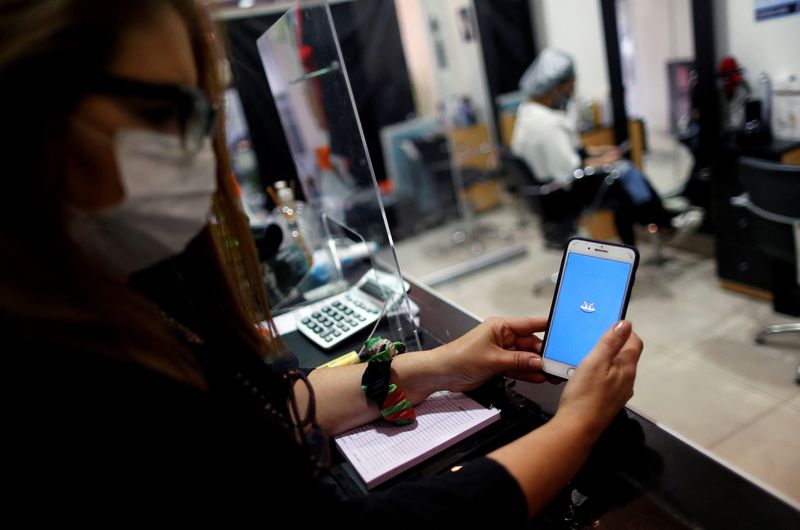 The partnership will allow families abroad to send money through Western Union, while those in Mexico can collect the payments through Mercado Pago, MercadoLibre’s digital finance arm, the two companies said.

“The amount of time we save people who don’t have to go to a physical location to pick up the remittance, we think that’s an important advantage, and… you don’t have to carry that cash from one place to another,” said Pedro Rivas, director of Mercado Pago in Mexico.

Stores in Mexico, including major chains such as McDonald’s (NYSE:), Domino’s Pizza (NYSE:) and Starbucks (NASDAQ:), are increasingly accepting Mercado Pago as a form of payment.

According to the companies, more than 70% of remittances are currently collected in cash in Mexico, where low bank penetration means more than half of its 126 million inhabitants don’t have an account.

Remittances to Mexico reached a record of $5.17 billion dollars in May, largely due to the economic recovery in the United States, the No. 1 destination of migrants from the Latin American nation.

President Andres Manuel Lopez Obrador, who often boasts of the solid growth in remittances received by Mexico, has said that they could reach a record $60 billion dollars this year, a 16% increase from 2021.

Experts, however, have warned that the flow of money could decrease in coming months due to the impact of an expected recession in the United States.

“In the first half of 2022 there are several negative signs for U.S. economic growth, which represent a downside risk for remittances,” said Gabriela Siller, director of research at local firm Banco Base.