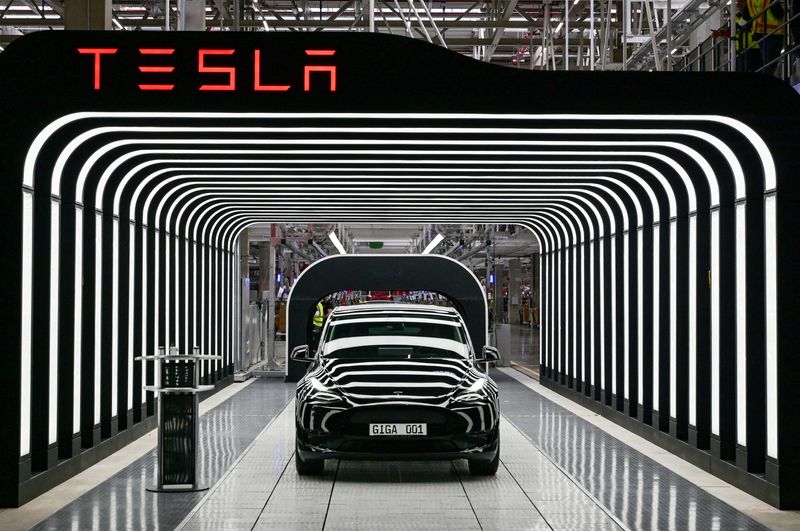 (Reuters) – Tesla (NASDAQ:) Inc will need to rethink its production plans to protect its profits, Wall Street analysts said on Tuesday, after the world’s largest electric-car maker reported a fall in quarterly deliveries for the first time in two years.

The company, helmed by the world’s richest person Elon Musk, said on Saturday it delivered 254,695 vehicles in the second quarter, down about 18% from the first quarter. Tesla produced 258,580 vehicles in the April-June period.

Beijing’s zero-COVID policy hit production at Tesla’s largest factory in Shanghai. That, coupled with supply chain snarls at its newer facilities in Texas and Germany, as well as a spike in costs for battery metals led the run-up to a gloomy quarter.

“Expansion into higher volume segments with lower price points seems fraught with greater risk relative to demand, execution and competition,” J.P Morgan analysts said, with the brokerage cutting its price target on the company’s shares by $10 to $385.

“There may be reason to believe that production, and financial results, could be being impacted also by company-specific execution issues at the company’s new factories in Austin and Berlin,” J.P Morgan analysts said.

Musk recently described both factories as “gigantic money furnaces” that are losing billions of dollars.

Some analysts, however, anticipate production and delivery volumes to pick up toward the end of the year.

“We caution that the Austin and Berlin plants are likely to remain a drag on bottom line results until they attain higher utilization rates, but we see total volumes rebounding strongly in the second half of the year,” Garrett Nelson, senior equity analyst at CFRA Research, said.