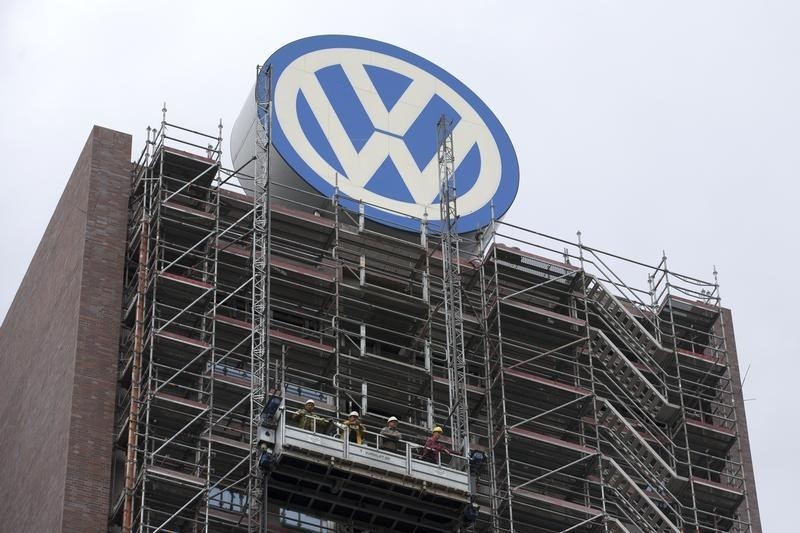 Investing.com — Shares in Volkswagen AG (ETR:) rose on Thursday after the German carmaker unveiled plans to invest with its partners €20B in a new car battery company as part of a push to expand its offerings in the electric vehicle market.

In a statement, VW said the firm – dubbed PowerCo – will manage its global car battery production, including international factory operations and development of future cell technology. PowerCo is expected to generate annual expected sales of more than €20B and create 20,000 jobs in Europe, VW added.

The company made the announcement at the groundbreaking ceremony of its first European battery cell plant in the German city of Salzgitter.

“Today is a good day for the automotive industry in Germany and Europe. Volkswagen is showing how the future of sustainable, climate-compatible mobility could look,” said German chancellor Olaf Scholz in regards to the event.

The move comes as VW races to grow its electric vehicle business, which it has targeted as a crucial source of future growth. The company – whose brands include Audi, Porsche, and Bentley – has said it plans to spend up to €52bn on its energy transition, and aims to have one in every four of its cars sold be electric by the middle of the decade.

But the firm has hit recent output snags due in part to the impact of strict Covid lockdowns in China and the war in Ukraine on the supply of semiconductors and other materials essential to electric vehicle production. In May, the company announced that it had sold out of battery-powered cars in the U.S. and Europe for 2022 because of these shortages.

“[PowerCo’s] major strength will be vertical integration from raw materials and the cell right through to recycling. In future, we will handle all the relevant activities in-house and will gain a strategic competitive advantage in the race to take the lead in e-mobility,” Schmall said.