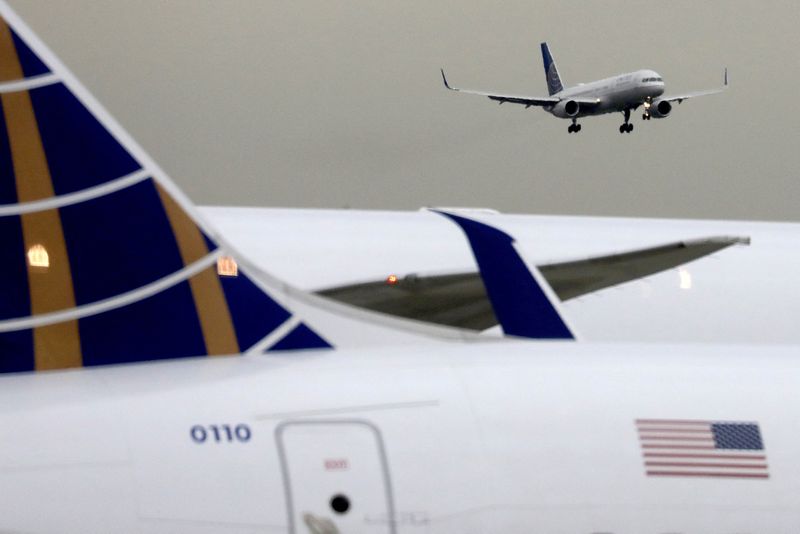 (Reuters) – United Airlines pilots will get more than 14% in pay raises in 18 months, and paid maternity leave under a new deal negotiated with the company, demonstrating the bargaining power aviators are enjoying in a short-staffed industry.

The two-year agreement, approved by union leaders on Friday, will now be sent out to members for ratification. Pilots will have until July 15 to vote on the deal.

The contract provides more than 14.5% cumulative pay increases and enhanced overtime and training pay, said the Air Line Pilots Association (ALPA), which represents over 14,000 pilots at the Chicago-based carrier. For the first time, the contract also includes eight weeks of paid maternity leave.

United is the first major U.S. airline that has reached an agreement with its pilots on new contract. It is widely expected to act as a benchmark for contract negotiations at other carriers.

Almost all the major carriers are facing protests from pilots demanding higher pay and improvements in “fatiguing” schedules in their new contracts.

Pilots at rival Delta Air Lines (NYSE:) plan to picket nationwide on June 30 over “stalled” contract negotiations. Similarly, pilots at Alaska Air (NYSE:) Group Inc have voted to authorize a strike if agreement on a new contract cannot be reached.

Airlines are grappling with staffing shortages after letting go thousands of pilots when people stopped flying during the depths of the coronavirus pandemic. As traveling picked up, staff shortages have forced several carriers to cut their summer schedules.

Shortages are even more acute at regional airlines, which face soaring attrition rates because of poaching by higher-paying national carriers.

To attract and retain talent, three regional carried owned by American Airlines (NASDAQ:) this month announced hefty pay increases for pilots. Piedmont Airlines, for example, increased pay for its pilots by as much as 87%.

Germany stocks higher at close of trade; DAX up 1.59% By Investing.com