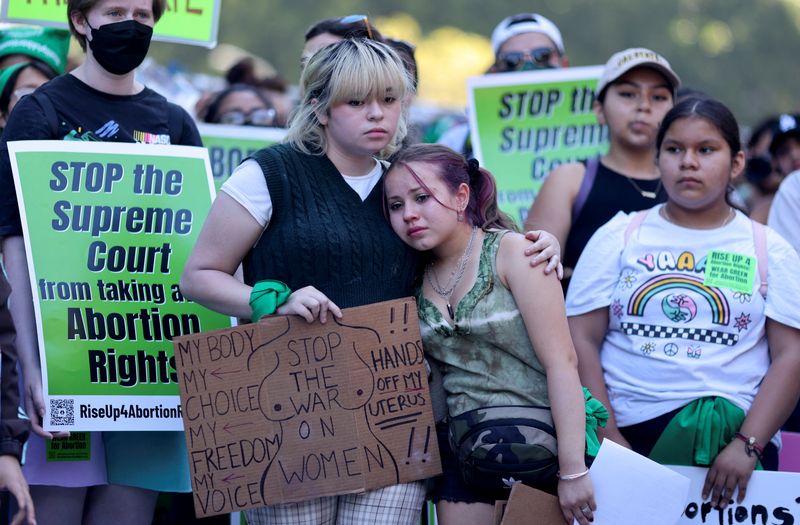 By Mrinalika Roy and Medha Singh

The landmark decision has turned the spotlight on contraception access and led to a temporary spike in demand for over-the-counter emergency contraceptive pills.

Evofem Biosciences (NASDAQ:) and Agile Therapeutics (NASDAQ:) Inc have been biggest beneficiaries, Vanda Research data shows, drawing on average $775,000 and $660,400 in retail inflows in the days following the ruling. That compares with a daily average of $15,540 and $10,320 for the stocks from their IPOs before the ruling on June 24.

“We have seen a surge in retail investor buying in these names on the back of the U.S. abortion ruling, with Agile and Evofem increasing most significantly relative to historical averages,” said Lucas Mantle, analyst at Vanda Research.

Since the ruling, Evofem shares have more than doubled in value, while Agile gained as much as 34% to Wednesday’s close. Agile’s shares have since tumbled more than 40% after the company announced a public offering.

Phexxi, which was approved in 2020, brought in sales of $4.3 million for Evofem in the latest reported quarter and the company expects revenue of $30 million to $35 million for the year.

Dare Bioscience is developing a non-hormonal contraceptive, while Femasys is developing Femabloc, a permanent birth control product. Both are currently in clinical trials.