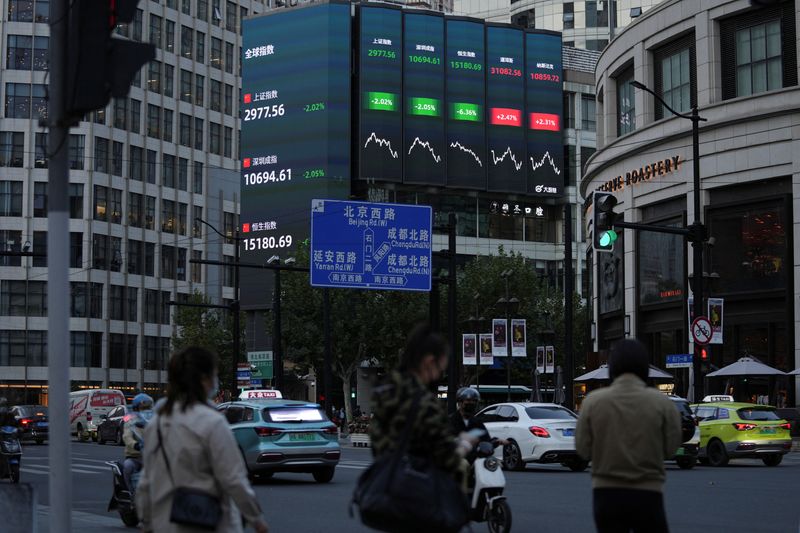 NEW YORK (Reuters) – U.S. stocks were mostly higher in choppy trading while the dollar fell against the Japanese yen on Wednesday after the U.S. Federal Reserve announced a three-quarters of a percentage point interest rate hike but signaled that smaller increases may be coming.

U.S. Treasury yields extended their decline after the announcement.

The U.S. central bank announced the rate hike, as expected, following its two-day meeting. But it suggested that future increases in borrowing costs could be made in smaller steps.

The Fed has been aggressively raising rates in order to bring down inflation, and investors have been speculating when it could get less aggressive in its tightening cycle.

The was lower ahead of the Fed news.

MSCI’s gauge of stocks across the globe gained 0.43%.

“The Fed is finally acknowledging that they’ve already done a lot, and it might be prudent to slow the pace of hikes. You can’t keep popping pills until you feel better. Sometimes you have to wait for the medicine to take effect,” said Brian Jacobsen, senior investment strategist at Allspring Global Investments in Menomonee Falls, Wisconsin.