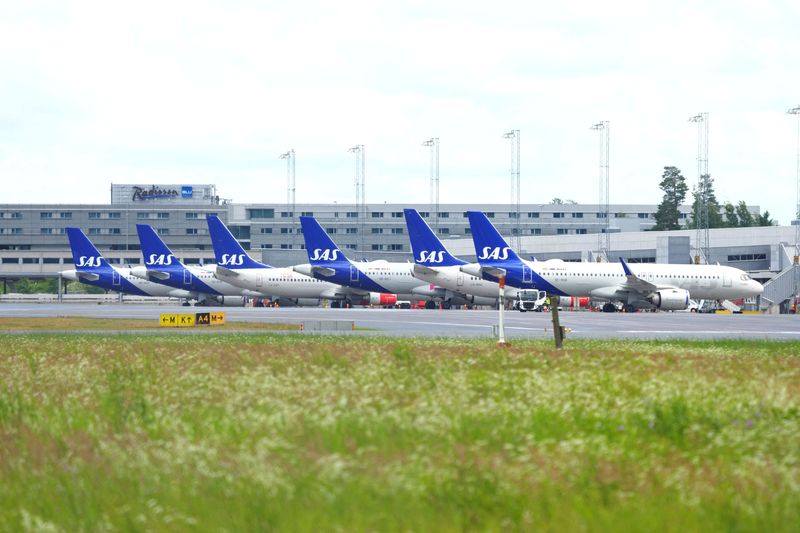 Some 181 flights, or 69% of those scheduled, were cancelled on Friday, data from flight tracker FlightAware showed.

SAS has been forced to cancel hundreds of flights since Monday when talks between the airline and pilots over a new collective bargaining agreement collapsed.

The carrier, whose biggest owners are the Swedish and the Danish states, filed for Chapter 11 bankruptcy protection in the United States this week.

It held a first court hearing on Thursday in a process SAS expects will take up to a year.

Since the talks broke down the only movement has been work toward an agreement between SAS and unions allowing the carrier to bring home stranded charter passengers booked on flights operated by SAS.

An SAS spokeswoman said about 18 planes were set to repatriate such travellers on Friday while a negotiator for Dansk Metal, representing Danish pilots, said unions were still seeking assurances the planes would be used for no other purpose.

As travel rebounds from pandemic lows, strikes and staff shortages are forcing airlines to cancel thousands of flights and causing hours-long queues at major airports across Europe.

Rampant inflation has also spurred demands for higher wages while airlines look to strike deals to save their summer travel schedules.

On Thursday, unions said British Airways’ check-in staff at London’s Heathrow airport had suspended a planned strike after the airline agreed to a “vastly” improved offer of higher pay.

SAS’ striking pilots have said they would consider pay cuts, but cannot accept the airline hiring new pilots through two new subsidiaries, under what unions say are worse terms.

Tesla sold 78,906 China-made vehicles in May