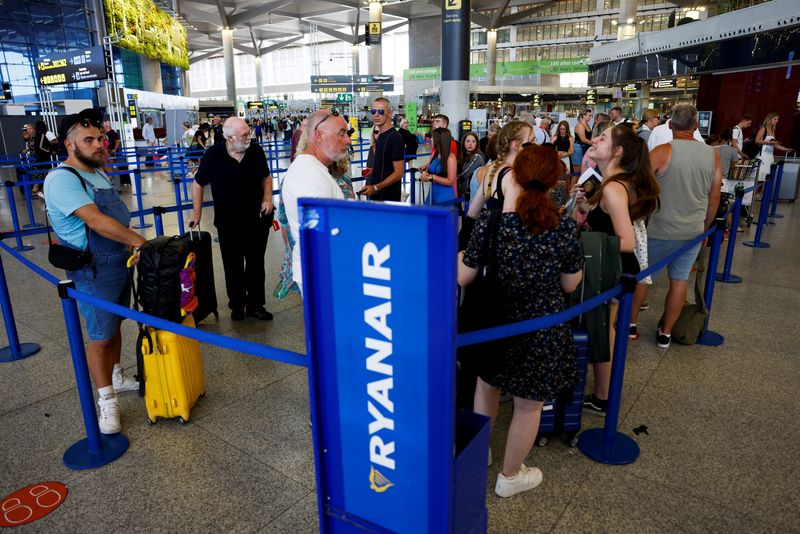 DUBLIN (Reuters) – Ryanair said on Tuesday it expects to incur no disruptions to its daily flight schedule in August or September from planned weekly strikes by some of its Spanish cabin crew.

Members of the USO (NYSE:) and SITCPLA unions said last month they would strike from Monday to Thursday every week from Aug. 8 to Jan. 7 to press demands for higher pay and better working conditions.

The Irish airline, Europe’s largest carrier by passenger numbers, says the vast majority of its Spanish cabin crew are represented by another union, CCOO, with which it has already reached a pay agreement.

“Ryanair expects that these latest threatened strikes, which involve only a handful of our Spanish cabin crew, will have zero impact on our Spanish flights or schedules in August or September,” a spokesperson said in a statement.

USO and SITCPLA members walked out for several days at many Spanish airports in July. Ryanair said on Tuesday that the small number of cancelled flights in Spain last month was mostly due to air traffic controller strikes and flight delays.

The low-cost carrier, which flew its highest-ever number of monthly passengers in July, accounted for 22.3% of those travelling via Spanish airports during the first half of this year, data from airport operator Aena showed.