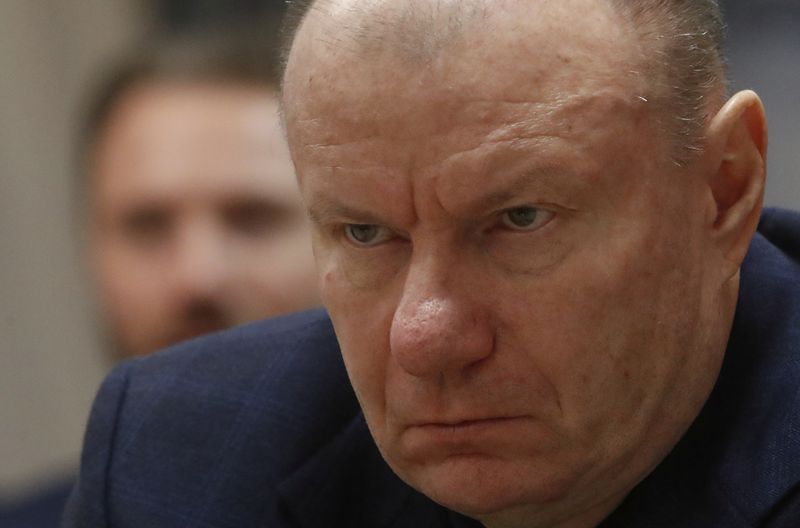 (Reuters) -Russian businessman Vladimir Potanin, the largest shareholder at mining giant Nornickel, said on Tuesday that he was ready to discuss a possible merger of Nornickel with aluminium producer Rusal.

The Western sanctions imposed on Moscow since it sent troops into Ukraine on Feb. 24 have not targeted Nornickel. However, Britain last week announced sanctions on Potanin.

The need to diversify its shareholder structure to resist sanctions, the potential need for state support for projects in Russia and the global green agenda are among the reasons to discuss the merger, Potanin said in an interview with RBC TV.

The proposal came from the management of Rusal, he added.

Rusal did not immediately reply to a Reuters’ request for comment.