Russian economy may need a decade to return to pre-sanctions levels, Sberbank says By Reuters 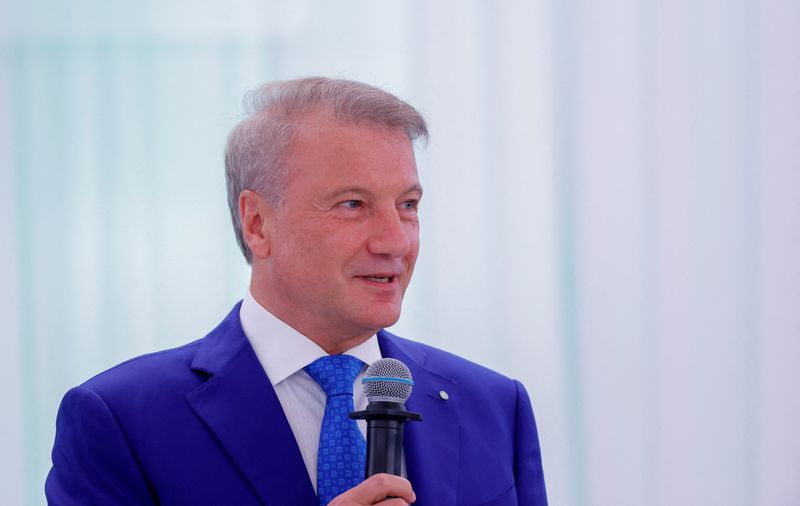 (Reuters) – Russia’s economy may need a decade to return to the pre-sanctions levels of 2021, the chief executive of the country’s top bank Sberbank said on Friday, as economic curbs have cut the country off from half of its trade.

Western nations imposed economic sanctions on Russia, the most severe a nation in a modern history has faced, after Moscow sent troops to Ukraine on Feb. 24 calling it “special military operation”.

German Gref, whose bank is seen as a proxy for the Russian economy by holding the majority of the household deposits and corporate loans, estimated on Friday that countries that hit Russia with sanctions accounted for 56% of its exports and 51% of imports.

“This is a threat to 15% of the country’s gross domestic product, the bulk of the economy is under the fire,” Gref, a former economy minister, told Russia’s annual international economic forum in St Petersburg.

“As a result – and if we do nothing – we may need around a decade to return economy to the 2021 levels,” Gref said, calling for structural reforming of the Russian economy.

Sanctions on Russian banks have largely curbed financial transactions with foreign counterparts while Russia is also blocked from receiving equipment and parts essential for its car, energy and air industries.

According to Gref, cargo shipments have fallen by six times while transportation by the sea and by air was also obstructed as sanctions prevented Russian airlines from flying westbound and ships under Russian flag were banned entrance to EU ports.

While admitting major setbacks, Russian officials have said that the economy is doing better than initially expected, with some flows already diversifying and higher energy prices – partially resulting from sanctions – helping the state revenues.

As European Union prepares to ditch Russian fossil fuels by 2027, Russia has re-routed over a half of its oil supplies to Asia, Alexander Dyukov, head of the country’s third biggest oil producer Gazprom (MCX:) Neft, told the same forum.

“They are not global (cargo sea) lines – mostly local operators,” he told the same forum on Friday.

E.U. Looks to Tap Gas From Egypt and Israel