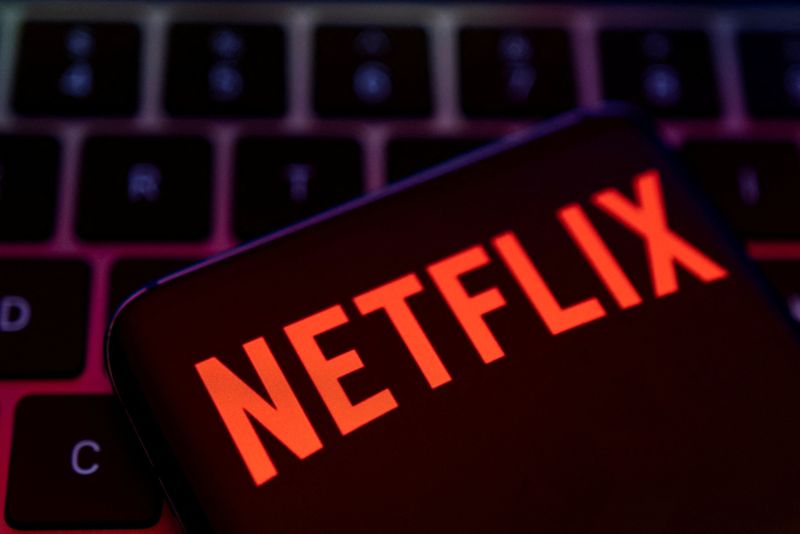 © Reuters. FILE PHOTO: Smartphone with Netflix logo is placed on a keyboard in this illustration taken April 19, 2022. REUTERS/Dado Ruvic/File Photo

Comcast’s video advertisement division, Freewheel, can help Netflix with technology to deliver ads, while NBCUniversal’s sales team can assist the streaming service provider with selling advertisements in the United States and Europe, the report added.

Google, which already has a relationship with Netflix as a provider of ad-buying tools, could pursue an exclusive deal with the company, the report said.

Netflix, Alphabet and Comcast did not immediately respond to Reuters’ requests for comment.

Netflix said in April that inflation, the war in Ukraine and fierce competition had contributed to a loss of subscribers for the first time in more than a decade.

The company could introduce its lower-priced ad-supported subscription plan by the end of the year, earlier than originally planned, according some reports.