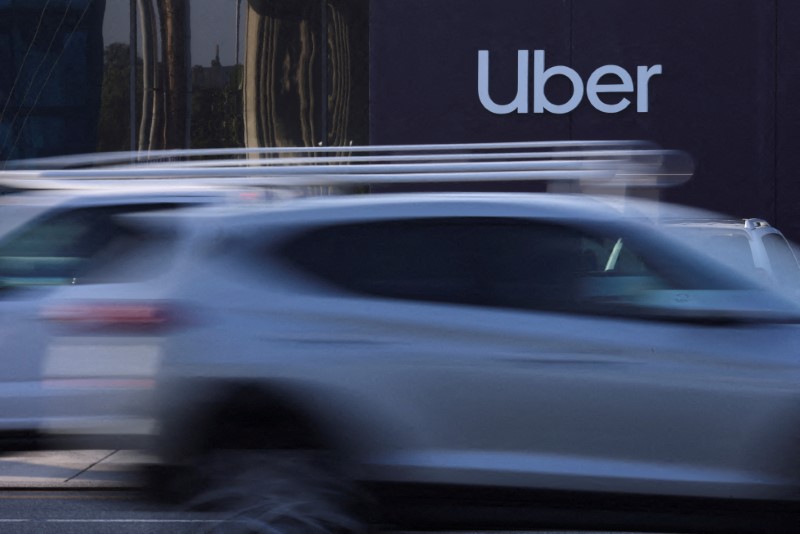 BOSTON (Reuters) -Massachusetts’ top court on Tuesday blocked a ballot measure that would have asked voters whether drivers for app-based companies like Uber Technologies (NYSE:) Inc and Lyft Inc (NASDAQ:) should be treated as independent contractors rather than employees.

The Massachusetts Supreme Judicial Court ruled https://tmsnrt.rs/3mJptyw that ballot questions that a coalition of app-based service providers hoped to put before voters in November went too far by including an unrelated proposal that would limit their liability for accidents by their drivers.

The decision marked a victory for union-backed opponents who sued in January and argue the proposal contains loopholes that would create a sub-minimum wage for drivers for the companies, whose business model depends on a low-cost, flexible workforce.

The Massachusetts Coalition for Independent Work, whose members include Uber, Lyft, Instacart and DoorDash Inc, last year proposed asking voters to declare their drivers as independent contractors entitled to minimum benefits without treating them as employees.

The coalition did not immediately respond to a request for comment.

The initiative calls for establishing an earnings floor equal to 120% of the Massachusetts minimum wage for app-based ride-share and delivery drivers, or $18 an hour in 2023, before tips. Drivers would be guaranteed at least 26 cents per mile to cover vehicle upkeep and gas.

Ride-share and delivery network companies would be required to pay healthcare stipends if drivers work at least 15 hours per week. Drivers could also earn paid sick time and paid family and medical leave.

The proposal follows a similar 2020 measure in California, where the companies persuaded state voters to treat app-based drivers as independent contractors with some benefits. A judge later ruled that measure violated the state’s constitution.