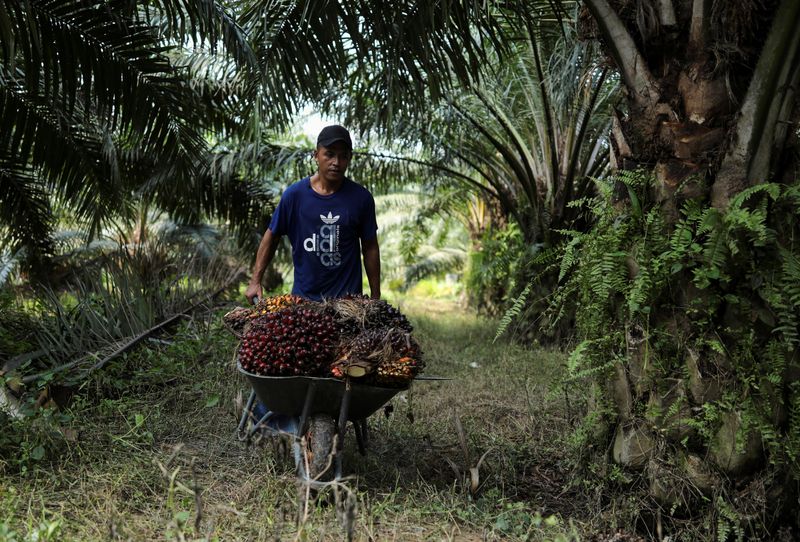 KUALA LUMPUR (Reuters) – Malaysian companies from palm oil plantations to semiconductor makers are refusing orders and forgoing billions in sales, hampered by a shortage of more than a million workers that threatens the country’s economic recovery.

Despite lifting a COVID-19 freeze on recruiting foreign workers in February, Malaysia has not seen a significant return of migrant workers due to slow government approvals and protracted negotiations with Indonesia and Bangladesh over worker protections, say industry groups, companies and diplomats.

The export-reliant Southeast Asian nation, a key link in the global supply chain, relies on millions of foreigners for factory, plantation and service sector jobs shunned by locals as dirty, dangerous and difficult.

Manufacturers, who make up nearly one-fourth of the economy, fear losing customers to other countries as growth picks up.

“Despite the greater optimism in outlook and increase in sales, some companies are gravely hampered in their ability to fulfil orders,” said Soh Thian Lai, president of the Federation of Malaysian Manufacturers, which represents over 3,500 companies.

“The situation is dire and very much like having to play a game of football against 11 men but only being allowed to field seven,” he said.

Malaysia lacks at least 1.2 million workers across manufacturing, plantation and construction, a shortage worsening daily as demand grows with an easing of the pandemic, industry and government data show.

Malaysia’s manufacturing Purchasing Managers’ Index dropped to 50.1 in May from 51.6 in April, barely remaining in expansion, as the sector shed the most jobs since August 2020, according to data from S&P Global (NYSE:).

Chipmakers are turning away customers, locals are not interested in working in the industry and many who do join leave in less than half a year, says Wong Siew Hai, president of the Malaysia Semiconductor Industry Association.

The palm oil industry, which contributes 5% to Malaysia’s economy, warns 3 million tonnes of crop could be lost this year as fruit rots unpicked, meaning losses of more than $4 billion. The rubber glove industry estimates $700 million of lost revenue this year if the labour shortage persists.

Malaysia’s Ministry of Human Resources, which is responsible for approving the intake of foreign workers, did not respond to Reuters queries for comment on the labour crunch and its economic impact.

In April, Minister M. Saravanan said companies had asked to hire 475,000 migrant workers but the ministry had approved just 2,065, rejecting some for incomplete information or lack of compliance with regulations.

Diplomats from Indonesia and Bangladesh, two of Malaysia’s biggest sources of foreign labour, told Reuters that workers’ rights were part of the hold-up in sourcing migrant workers.

Bangladesh signed an agreement in December to send workers, but implementation was delayed after Dhaka protested Malaysia’s proposed hiring process, citing fears the plan could lead to increased costs for the workers and debt bondage, said a Bangladeshi diplomatic source.

“Our main focus is our workers’ welfare and rights,” said Bangladesh’s expatriate welfare and overseas employment minister, Imran Ahmed. “We’re making sure they get standard wages, they have proper accommodation, they spend minimum cost for migration and they get all other social security.”

He told Reuters that Dhaka does not “want workers to end up falling into a cycle of debt trap”, adding that Malaysia wants to hire 200,000 Bangladeshi workers within a year.

The United States has banned seven Malaysian companies over the last two years over what Washington called forced labour.

Malaysia’s Saravanan, who was in Dhaka early this month, said Malaysia had given the Bangladesh government reassurances that it would ensure better salaries and protection of workers’ welfare. He has denied claims that the hiring process was flawed.

Indonesia’s ambassador to Malaysia, Hermono, who like many Indonesians goes by a single name, said concerns over worker protection came up in recent bilateral talks.