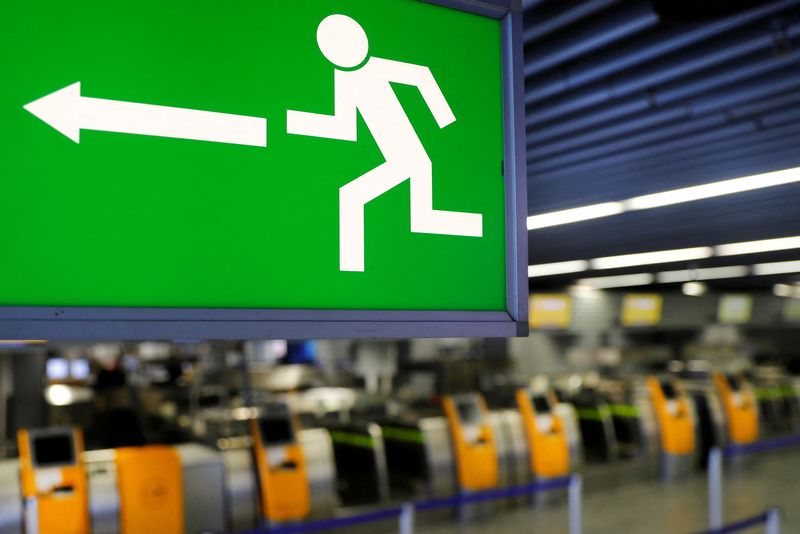 © Reuters. FILE PHOTO: An emergency exit sign is seen next to counters of German air carrier Lufthansa on the day of the airline’s annual general meeting at the airport in Frankfurt, Germany, May 4, 2021. REUTERS/Kai Pfaffenbach/

FRANKFURT (Reuters) – Deutsche Lufthansa (ETR:)’s Swiss business said on Tuesday it would cut about 2% of its flights scheduled between August and October because of labour shortages, strikes and rising COVID-19 infections.

Swiss International said in a statement that it was “helping to ease the present pressures on both its own flight schedules and the Swiss system as a whole. This will minimize the risk of short-notice cancellations or schedule modifications.”

Destinations would remain reachable from Switzerland but frequencies would be cut, it added.

Airlines around the world, which slashed jobs during the coronavirus pandemic, are struggling to ramp up operations as demand returns.