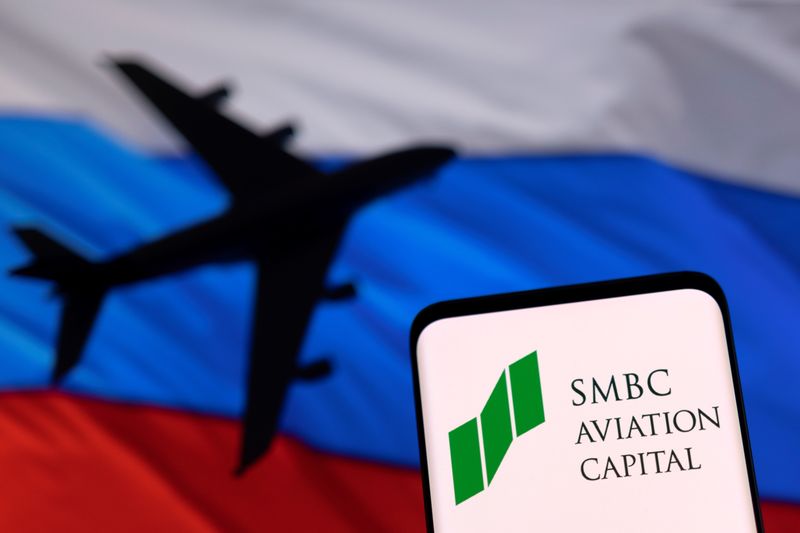 © Reuters. FILE PHOTO: SMBC Aviation Capital logo is seen displayed in front of the model of an airplane and a Russian flag in this illustration taken, May 4, 2022. REUTERS/Dado Ruvic/Illustration

DUBLIN (Reuters) – Aircraft lessor SMBC Aviation Capital on Friday recorded an impairment of $1.6 billion to cover the full financial impact of having 34 jets stuck in Russia after European Union sanctions that forced the termination of all Russian leases.

Irish-headquartered SMBC, which is owned by a consortium including Japan’s Sumitomo Corp and Sumitomo Mitsui (NYSE:) Financial Group, said it expects to make substantial recoveries from its significant insurance coverage.

Australia stocks higher at close of trade; S&P/ASX 200 up 0.45% By Investing.com