John Paulson’s wife sues him for $1 billion, says he is hiding money in divorce By Reuters 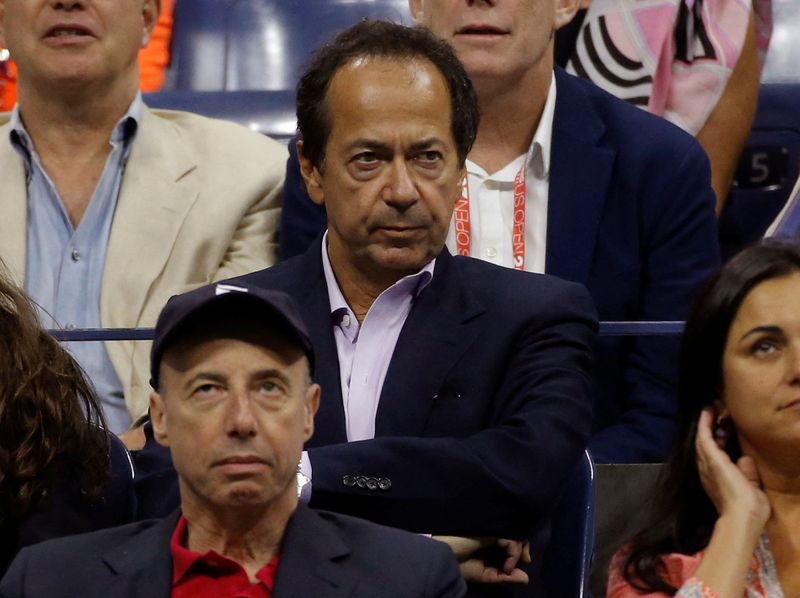 NEW YORK (Reuters) – The wife of hedge fund founder John Paulson has sued him for at least $1 billion, claiming he is trying to hide billions of dollars from her in their divorce.

In a complaint filed on Thursday with a New York state court in Manhattan, Jenica Paulson said her husband secretly created and funded three trusts to ensure she would be deprived of her fair share of assets from their 22-year marriage.

“Mrs. Paulson was a loyal wife,” the complaint said. “Mr. Paulson rewarded his wife’s devotion by implementing a plan, over a nine-year period, to insulate assets acquired during the course of their marriage from Mrs. Paulson’s reach.”

A spokesman for John Paulson did not immediately respond to a request for comment.

Other defendants include a JPMorgan Chase & Co (NYSE:) unit that serves as trustee for two of the trusts. A spokesman for the bank declined to comment.

John Paulson, 66, is worth $4 billion, according to Forbes magazine.

He filed for divorce last September from his wife, who turns 51 this month, according to public records.

They have two daughters, ages 19 and 17. Jenica Paulson said she learned about the divorce filing in the New York Post’s Page Six column.

According to the complaint, the Paulson trusts were created in 2001, 2006 and 2009, and include assets such as John Paulson’s apartment on Manhattan’s Fifth Avenue and vacation home in Aspen, Colorado.

Jenica Paulson’s claims against her husband include fraud, fraudulent conveyance and breach of fiduciary duty.

John Paulson generated much of his wealth betting in 2007 and 2008 against subprime mortgages, whose decline was a major factor in the 2008 global financial crisis.

Twitter Stocks Sinks as Musk Deal Said in Peril to No One’s Surprise By Investing.com