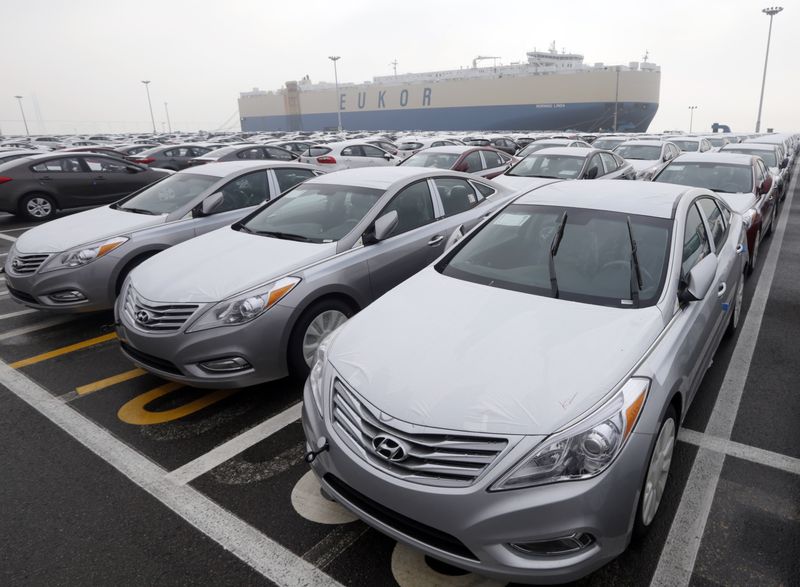 SEOUL/ULSAN (Reuters) -Production at Hyundai Motor Co’s biggest factory in South Korea halved on Thursday due to component shortages triggered by a truckers’ strike, a union official at the automaker said on Friday.

About 8,100 members, or more than 36% of the Cargo Truckers Solidarity union in the country, went on strike for a third day on Thursday to protest the surge in fuel costs, disrupting production, slowing activity at ports and posing new risks to a strained global supply chain.

On Friday, around 1,000 truckers began a strike in front of Hyundai’s factory in Ulsan, south of the country, according to a Reuters witness.

The automaker’s Ulsan plants, which had been running at almost full capacity before the strike began this week, operated at about 50-60% of capacity on Thursday, the union official said.

Hyundai said there was disruption caused by the strike but declined to provide details of the impact.

“There are some disruptions in our production due to the truckers strike, and we hope production would be normalised as soon as possible,” a Hyundai Motor’s spokesperson told Reuters on Friday.