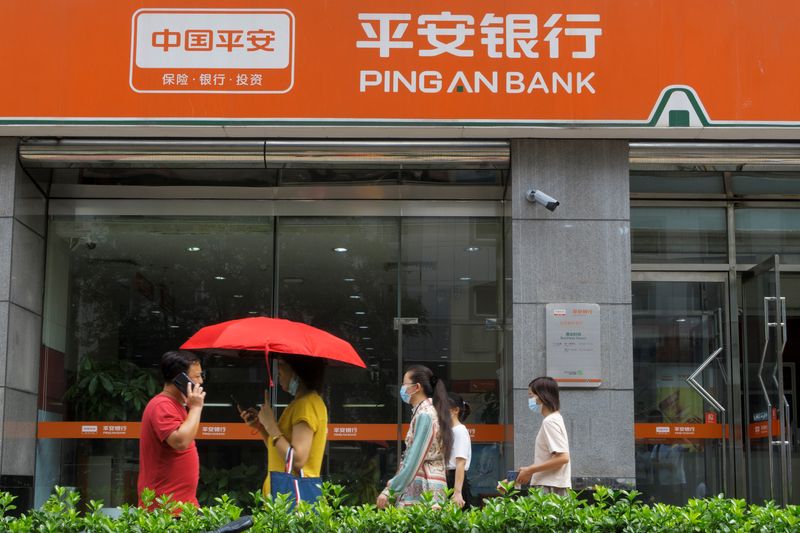 © Reuters. People walk past a branch of Ping An Bank, a subsidiary of Ping An Insurance, in Beijing, China, August 27, 2020. REUTERS/Thomas Peter

HONG KONG (Reuters) – Chinese insurer Ping An Insurance Group believes HSBC has overstated the challenges and difficulties of spinning off the bank, said a source with direct knowledge of the thinking of the Asia-focussed bank’s biggest shareholder.

The bank came under pressure from Ping An in April to explore options including spinning off its mainstay Asia business to increase shareholder returns.

Details of Ping An’s internal discussions come after HSBC on Aug.1 pushed back on the Chinese investor’s proposals while reporting its half-year earnings.

HSBC said a break-up would mean a potential long-term hit to the bank’s credit rating, tax bill and operating costs, and bring immediate risks in executing any spinoff or merger.

Ping An believes a spin-off would generate an additional $25-$35 billion in market value and release over $8 billion in capital, according to the source, who declined to be identified due to the sensitivity of the matter.