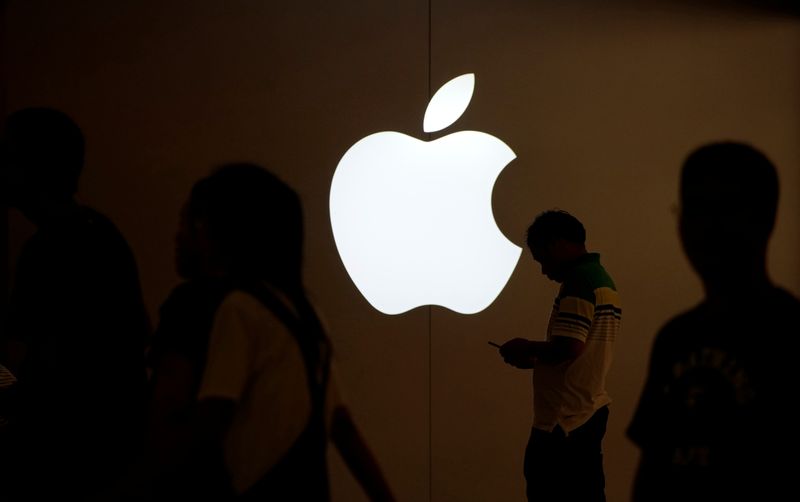 © Reuters. FILE PHOTO: A man looks at the screen of his mobile phone in front of an Apple logo outside its store in Shanghai, China July 30, 2017. REUTERS/Aly Song

BERLIN (Reuters) – Germany’s cartel office is looking into Apple (NASDAQ:)’s rules on tracking for third-party apps to see whether they give the U.S. tech giant preferential treatment or hinder other companies, it said on Tuesday.

A spokesperson for Apple said the company would work constructively with the cartel office to resolve any issues and discuss its approach to tracking rules.