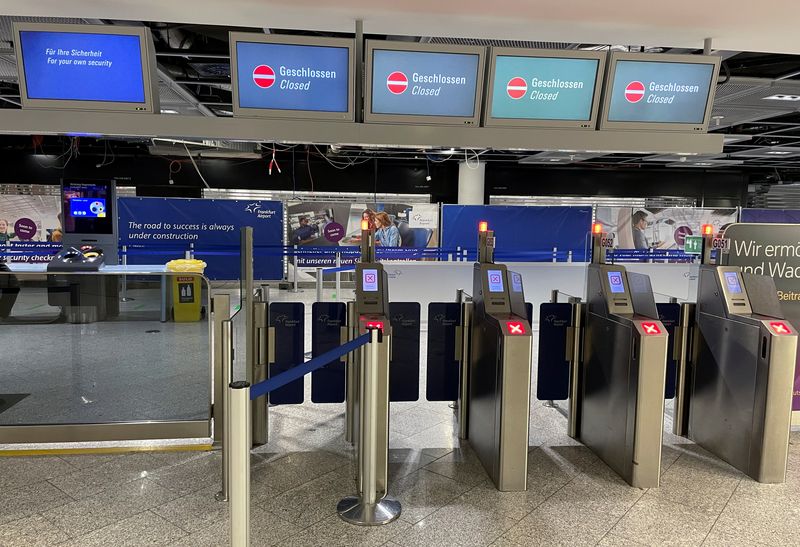 © Reuters. FILE PHOTO: A closed security check-in at Frankfurt Airport is pictured during a strike of security staff at various German airports to put pressure on management in wage talks in Frankfurt, Germany, March 15, 2022. REUTERS/Timm Reichert

“The problem will not get smaller going forward, even though we are hiring. I say that very openly,” said Fraport Chief Executive Stefan Schulte told a media briefing in Frankfurt on Tuesday evening.

He said disruptions due to a lack of workers would continue for the next two or three months.

Fraport has already rehired nearly 1,000 new ground services employees after cutting about 4,000 during the pandemic.

Schulte said that the situation would not be resolved even if a few hundred new employees or temporary workers from abroad were to be deployed.

Schulte apologised to passengers for long wait times, but said Fraport and other operators has been caught off guard by the swift surge in demand for travel and said it was difficult to ramp up airport operations in such a short time.

At peak times, crowds were as big as before the coronavirus pandemic hammered the industry, he said, adding: “That did surprise us. That’s where I openly admit we were wrong.”