FedEx profit rises as volume softens, shares up By Reuters 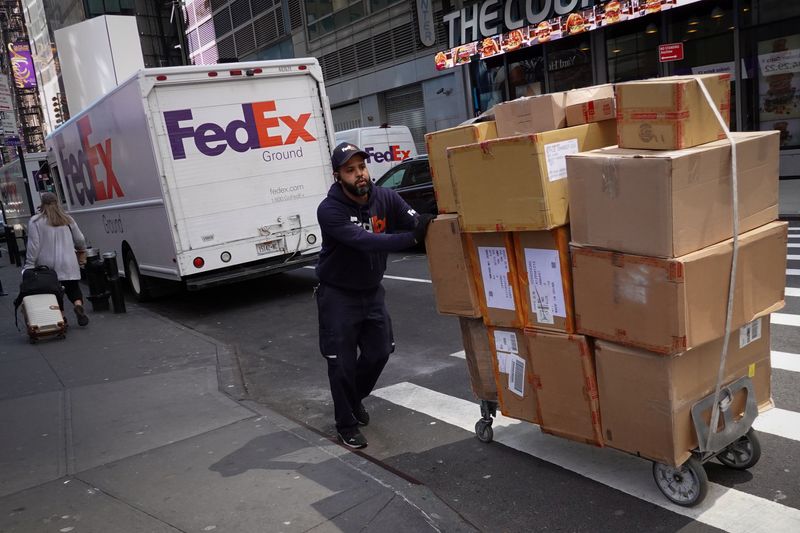 Shares in the company, which are down roughly 20% from a year ago, rose 2.8% to $234.40 in extended trading after it also said margins in its closely-watched Ground unit accelerated from the prior quarter.

Investors are pressuring new Chief Executive Raj Subramaniam to improve service and squeeze more profits from the company’s sprawling and stovepiped Ground, Express and Freight units. Subramaniam succeeded founder Fred Smith at the helm of the 50-year-old firm on June 1.

Memphis, Tennessee-based FedEx (NYSE:) said adjusted net income for the fiscal fourth quarter ended May 31 jumped 32% to $1.8 billion, or $6.87 per share, from a year earlier.

Ground’s margins improved to 10% from 7.3% in the third quarter, but remained below the year-earlier result of 13.6%.

FedEx issued a full-year forecast for earnings per share of $22.50 to $24.50 excluding items – above analysts’ average estimate of $22.14 per share, according to Refinitiv I/B/E/S Estimates.

Last week, FedEx expanded its board under a cooperation agreement with activist investor D.E. Shaw Group, which has a 1% stake in the company.

Sarepta Therapeutics Shares Down 3% on FDA’s Clinical Hold on SRP-5051 By Investing.com