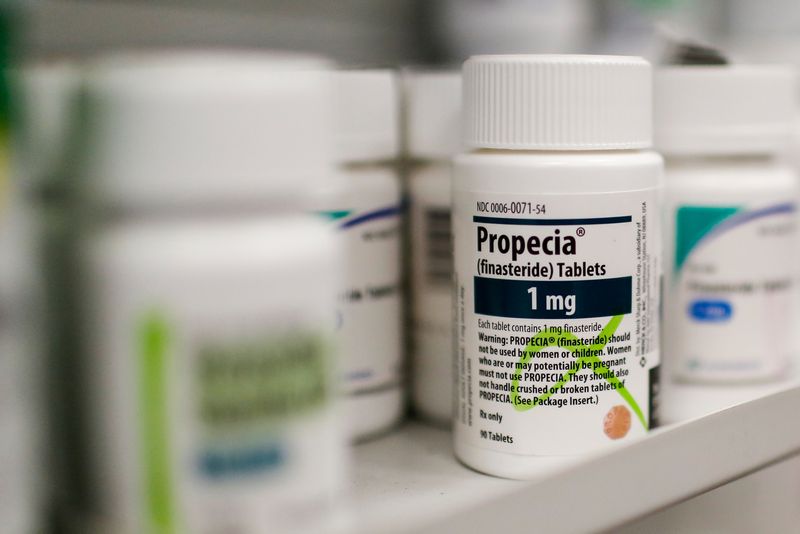 (Reuters) – U.S. health regulators rejected a request to remove popular anti-baldness pill Propecia and its generic versions from the market, but for the first time required patient notification about reports of suicidal behavior in men taking the drug.

The U.S. Food and Drug Administration has previously approved revised Propecia labels that mentioned risks of persistent sexual dysfunction and depression but not suicide. A patient advocacy group, the Post-Finasteride Syndrome Foundation, petitioned the FDA in 2017 to order Merck & Co to either stop selling the drug or require far stronger warnings, citing several scientific studies. Finasteride is the generic name for Propecia.

In a response this week, the FDA said the group’s petition “does not provide reasonable evidence” of a causal link between Propecia and persistent sexual problems, depression or suicide. However, based on patient reports, the FDA said it is “requiring the addition of suicidal ideation and behavior” to the adverse reactions listed on Propecia’s label.

Merck spinoff Organon on Friday said it “stands behind the safety and efficacy of Propecia,” and is working with the FDA “to determine the best path forward.” Representatives for the Post-Finasteride Syndrome Foundation could not immediately be reached. The FDA declined to comment.

As early as 2009, Merck knew of more than 200 reports of depression, including suicidal thoughts, in men taking Propecia, according to an internal “risk management” assessment from that year, which was contained in court documents made public following a Reuters request.

In 2011, two years after the Merck risk analysis, FDA analysts disagreed about adding a warning related to suicide, but the regulator ultimately agreed with Merck that the number of suicides was lower than one would expect in that group of patients. Since that decision, the FDA has received more than 700 reports of suicide and suicidal thoughts among people taking versions of the drug.