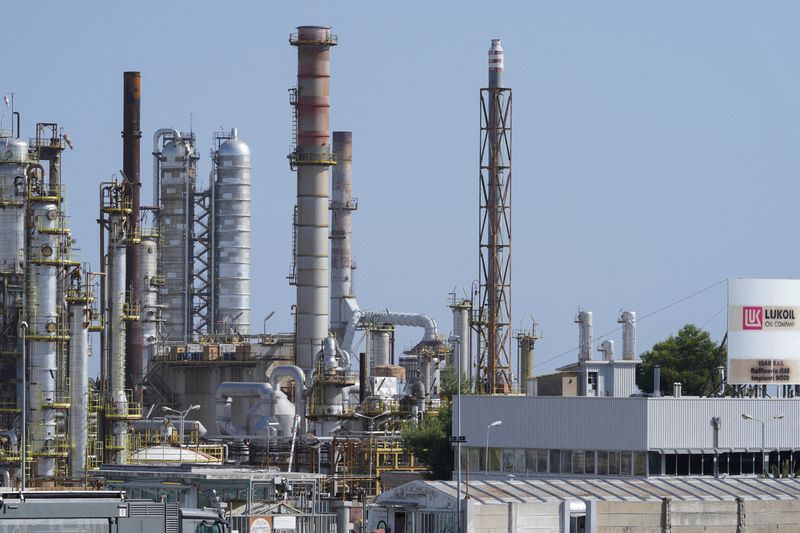 By Kate Abnett and Giuseppe Fonte

BRUSSELS (Reuters) – Italy is attempting to weaken a pledge 10 European governments intend to make on Thursday to stop export credit support for fossil fuel projects, according to draft documents and sources familiar with the matter.

The pressure from Italy comes as delegates from nearly 200 countries prepare for a United Nations climate change summit next week in Egypt, where world leaders will attempt to agree tougher action to tackle global warming.

A group of ministers plan to make a joint statement on Thursday committing to end public trade and export finance support for overseas fossil fuel projects by the end of 2022.

The countries, which together make up the “Export Finance for Future” group, are Belgium, Denmark, Finland, France, Germany, Italy, the Netherlands, Spain, Sweden and Britain.

Those countries all made a broader pledge to end public funding for overseas fossil fuels at last year’s U.N. climate summit, and are now at various stages of translating it into firm policies – against a backdrop of an energy crisis after Russia slashed gas flows to Europe, which has sent governments racing to buy non-Russian gas.

A draft of the governments’ statement, seen by Reuters, said they would agree to end new direct official trade and export finance support for “exploration, production, transportation, storage, refining, distribution of coal, , , and unabated power generation”.

Three sources familiar with the discussions told Reuters Italy had asked to remove the list specifying which fossil fuel activities would lose such support.

The sources said Italy also wanted to cut part of the statement which said any exceptions to the fossil finance ban must comply with climate science and an International Energy Agency report from 2021. That report said no new fossil fuel extraction projects can be developed if the world is to limit global warming to 1.5 Celsius above pre-industrial levels.

“Italy objects that there is no consistency between the objective of achieving strategic autonomy from Russia and the impossibility of financing the necessary infrastructure,” an official briefed on Rome’s position told Reuters.

As countries attempt to balance fighting climate change with their short-term response to the energy crisis, some – including Germany – have suggested new investments in gas fields are needed.

Countries are still negotiating the draft statement, which could change before it is published on Thursday.

An internal email from the German government, seen by Reuters, confirmed that one country opposed this section of the draft statement, without specifying which country.

An Export Finance for Future report in May said the 10 countries involved had committed 29.8 billion euros ($29.50 billion) in export credit support for fossil fuel projects from 2015-2020.

Italy was the biggest backer of fossil fuels within the group, committing 8.4 billion euros in the period – with downstream oil and gas projects and gas-fuelled power plants among the projects.