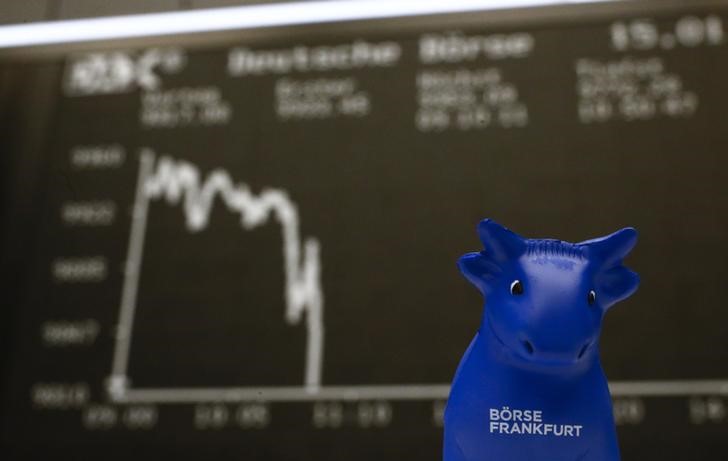 Investing.com – European stock markets are expected to open lower Thursday, as another hefty hike by the Federal Reserve and weak Chinese economic data raised global recession fears ahead of a policy meeting by the Bank of England.

The raised interest rates by 75 basis points on Wednesday, as widely expected, but sentiment was hit when Chair Jerome Powell stated it was “very premature” to think about pausing the rate hiking cycle and that the peak for rates would likely be higher than previously expected.

This disappointed investors that had been hoping that the Fed boss would signal a slowing of the pace of its future rate increases given recent signs of slowing growth at the world’s largest economy.

Adding to concerns of a global slowdown, China’s services activity contracted again in October, with the falling to 48.4 last month, the lowest since May, from 49.3 in September, as COVID-19 containment measures hit businesses and consumption.

The 50-mark separates contraction from expansion on a monthly basis.

Attention Thursday now turns to the , which is also expected to hike by 75 basis points in order to combat inflation running at double digits. Such an increase would be its biggest since 1989, and would put its base rate at 3.0%, the highest level since 2008.

The BOE is also likely to revise higher its forecasts and slash those for , having already forecast that the U.K. economy will shortly fall into a prolonged recession.

Economic data due Thursday includes the for September, as well as U.K. October .

Zalando (ETR:), Europe’s biggest online fashion retailer, said it expects its full-year revenues and operating profit to reach the lower end of its target range as it reported quarterly financial .

Also weighing on the crude market is the stronger after the Fed raised interest rates and flagged more to come, making the commodity more expensive for foreign buyers.

Both contracts had rallied on Wednesday, climbing to their highest levels since Oct. 10, as official data showed a bigger-than-expected draw in of 3.115 million barrels during the week ended Oct. 28.