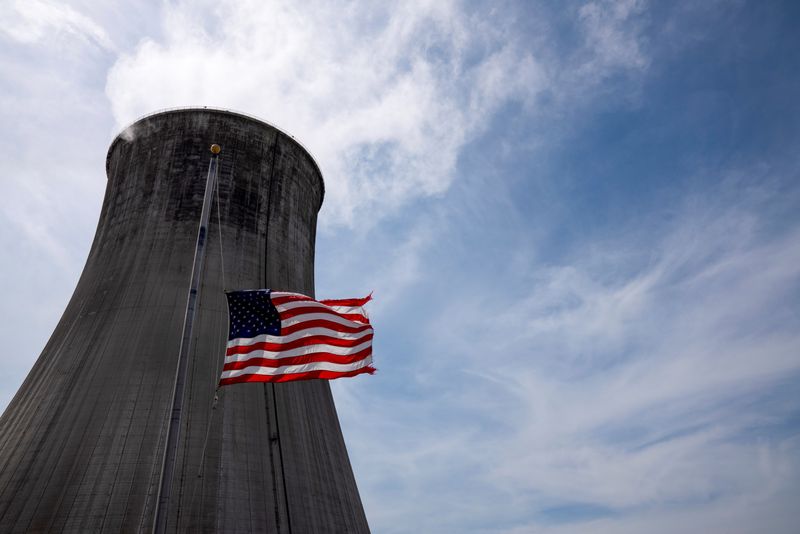 The Charlotte, North Carolina-based company, which made its comments in an analyst presentation for its third-quarter earnings, also provided more details on its previously announced $145 billion capital spending plan to expand and modernize its power and operations and to reduce emissions.

Duke said it will benefit from several parts of the law — which took effect in August — including production tax credits ( PTC (NASDAQ:)) for nuclear and solar power and investment tax credits for energy storage.

The company projected that its nuclear plants in North and South Carolina will qualify for existing nuclear PTCs of “several hundred million dollars a year beginning in 2024.”

Duke also said it could have about 13 to 17 gigawatt (GW) of connected solar power over the next 10 years, with each gigawatt of solar equal to about $60 million in annual gross PTCs.

Duke said those credits would provide its customers with a more affordable transition to clean energy.

Duke said it wants to invest about $120 billion on fleet transition and grid modernization, including about $75 billion for the grid, $40 billion for zero-carbon generation and $5 billion for hydrogen-capable, natural gas-fired generation.

If approved, the capital plan would allow Duke to stop generating power with coal (or install carbon capture and storage) by 2035, when it would get power from about 30,000 megawatts of renenewables, and hit its net zero target by 2050.