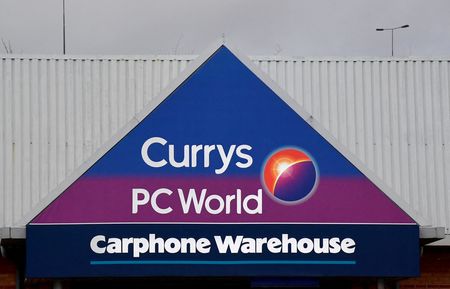 Currys reported adjusted profit before tax of £186 million for the year to April 30, a rise of 19% compared to the previous period and above estimates of £155 million. The group said cost savings and gross margin improvements helped make up for a jump in business rate taxes and spending on IT cloud infrastructure.

But Currys warned that the market environment will be “challenging” throughout the rest of the year, as it said it expects adjusted pre-tax earnings for 2022/23 to be between £130 million and £150 million. It gave the market forecast as £145 million.

The company – which was created by a merger between Dixons and Carphone Warehouse in 2014 – said it lowered its forecasts due in part to the impact of soaring inflation and economic headwinds on future demand.

“Clearly, the outlook for consumer spending is uncertain and although the tech market is still larger than pre-pandemic we are taking a prudent view of our market,” Currys said.

Currys added that it remains in position to confront these issues, pointing to its international offerings, the “essential” nature of some of its products and services, and its balance sheet strength.

Japan stocks higher at close of trade; Nikkei 225 up 1.47% By Investing.com