Companies sell their businesses in Russia By Reuters 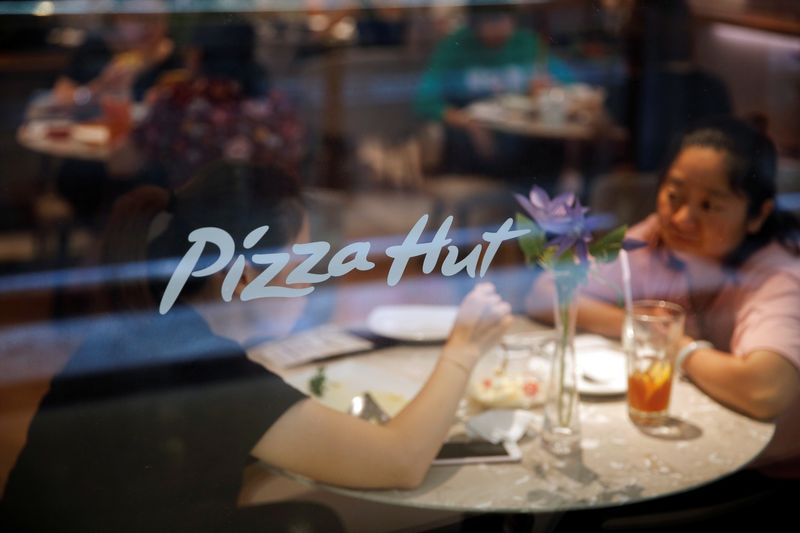 (Reuters) – Some Western companies have agreed to sell their Russian assets or hand them over to local managers as they scramble to comply with sanctions over the Ukraine conflict and deal with threats from the Kremlin that foreign-owned assets may be seized.

The moves, part of a broader corporate exodus from the country, are likely to stir concerns that Russian firms and institutions are snapping up prized assets for a bargain.

Below is a list of firms by sector that have announced deals to sell their businesses in Russia:

The British car distributor said on April 28 it had agreed to sell its Russian business to local management for 76 million euros ($79.9 million). It added the sale will result in an exceptional non-cash loss before tax of about 240 million pounds ($295.2 million).

RENAULT The French carmaker said on May 16 it would sell its majority stake in Russia’s biggest carmaker, Avtovaz, to a Russian science institute reportedly for just one rouble with a six-year option to buy it back.

Renault (EPA:) also said that 100% of the shares in Renault Russia will go to the city of Moscow.

The Czech investment group confirmed on May 31 it had sold 100% of its Russian banking assets, consumer lender the Home Credit and Finance Bank and its subsidiaries, to a group of investors led by Ivan Tyryshkin, following its announcement on May 17.

SOCIETE GENERALE The French bank said on May 18 it had closed the sale of its Russian business Rosbank to the Interros group, a firm linked to Russian oligarch Vladimir Potanin.

The sale will result in the bank taking a 3.2 billion-euro ($3.4 billion) net income hit.

The French electrical equipment maker will sell its operations in Russia and Belarus to local management, the company said on April 27, as it signed a letter of intent with the designated buyers.

It will write off up to 300 million euros ($315.5 million) of net book value and make a non-cash reversal of currency translation estimated at 120 million euros.

The Italian utility said on June 16 it agreed to sell its 56.43% stake in Enel (BIT:) Russia for around 137 million euros ($144.1 million) to Russia’s second-largest oil producer, Lukoil, and private fund Gazprombank-Frezia. It specified the sale will have a negative impact on reported group net income of about 1.3 billion euros.

The Norwegian oil and gas company said on May 25 it had exited its four Russian oil and gas joint ventures, transferring assets to state-owned Rosneft, its long-term partner. Equinor also signed an agreement to exit the Kharyaga oil project.

The RIA news agency reported on June 16 that Russian energy firm T Plus will bid for Fortum’s Russian assets, while TASS reported the same day that Gazprom (MCX:) is considering acquiring shares in regional Russian power company TGK-1 from Fortum.

The British energy and petrochemical giant will sell its Russian retail and lubricants business, which includes 411 retail stations and the Torzhok lubricants blending plant, to Russia’s Lukoil, the companies said on May 12. Shell (LON:) would not comment on the value of the deal.

The Dutch brewer said on April 22 it would sell its non-controlling stake in its Russian joint venture AB InBev Efes, taking a $1.1 billion impairment charge in the first quarter.

The Finnish food processing company said on May 16 it sold its fast food business in Russia, Sibylla Rus, to Russian meat producer Cherkizovo for about 8 million euros ($8.4 million).

The Finnish bakery and food service company said on April 29 it had agreed to sell its Russian unit to Moscow’s Kolomenskij Bakery and Confectionery Holding. Fazer did not disclose the value of the transaction.

The American fast food giant said on May 19 it would sell its Russian business to its current licensee Alexander Govor and the restaurants would operate under a new brand, though it did not disclose the financial terms of the transaction.

The privately owned Finnish food and drink company said on May 5 it had sold its operations in Russia to private Indian investor Vikas Soi.

Pizza Hut’s Russian franchise has been bought from Poland-listed franchiser AmRest by Noi-M – which is linked to restaurant group Rosinter that operates the Russian franchises of Costa Coffee and T.G.I. Friday’s – for 300 million roubles $5.3 million), Kommersant reported on June 7.

The Finnish food processing company said on April 29 it had agreed to sell its consumer business in Russia to Copacker Agro Ltd for about 1.5 million euros ($1.6 million).

The Finnish dairy producer has sold its Russian business to GK Velkom, the company said on April 26. Valio gave no financial value for the deal.

The London-listed Russian mining company announced on May 9 it proposed to sell its main Kun-Manie project for $105 million to Stanmix Holding Limited, a company controlled by Vladislav Sviblov.

The Canadian gold miner said on June 15 it had sold its Russian assets to the Highland Gold Mining Group for $340 million in cash, half of the previously announced price.

Polish switchgear and metering devices company Apator announced on May 20 its Powogaz unit had divested its entire stake in Russia-based AO Teplovodomer for 5 million roubles ($88,496).

Turkish shoe retailer FLO Magazacilik is in talks to buy more than 100 stores owned by fitness brand Reebok in Russia, which is part of the Authentic Brands Group, FLO Chairman Mehmet Ziylan said on May 16. Ziylan added a deal had not been finalised.

The Dutch employment services company is in the process of selling activities in Russia to local management, it said on April 29.

The Danish paint maker said on April 8 it had initiated the sale of its Russian and Belarusian companies, taking a 115 million Danish crowns ($16.2 million) write-down.

The British tobacco group said on May 17 that the deal to sell its business in Russia to “investors based in Russia” was closed and did not include a clause allowing it to buy back its business there in future. The group had previously said it was booking an estimated charge of 225 million pounds ($276.7 million) for the transaction.

The Polish clothing retailer announced on May 19 it had decided to sell its Russian company RE Trading to a Chinese consortium.

The Danish shipping company has found possible buyers for its 30.75% stake in Global Ports Investments, which operates ports in Russia, it said on May 4.

The Swiss industrial group said on June 2 it had entered an agreement with local management to sell its business in Russia, which will continue to operate independently under its new owners.

The Finnish training company said on May 19 it had sold its unit in Russia to local management, adding the sale will not have a significant impact on the company’s results.

The Finnish forestry firm has completed its exit from Russia with the sale of three corrugated packaging plants to local management, it said on May 16.

In April, Stora said it had agreed to sell its two sawmills and their forest operations in Russia to local management, causing it to record a 130 million euro ($136.7 million) loss.

The Finnish builder said on May 30 it completed the sale of its business in Russia to Etalon Group PLC for the previously agreed price of about 50 million euros ($52.6 million).

The Swiss insurer said on May 20 it had agreed to sell its Russian business to 11 members of the local team.