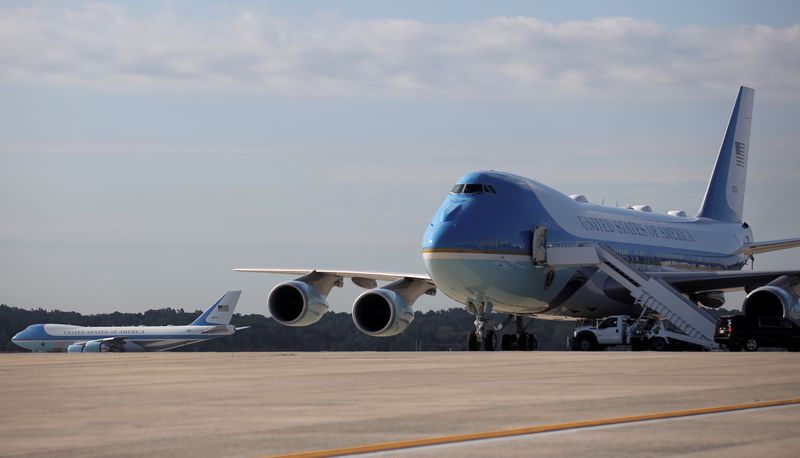 By David Shepardson and Mike Stone

WASHINGTON (Reuters) -The Biden administration will scrap a paint scheme for Air Force One proposed by former President Donald Trump that would have changed the iconic blue and gold design, after the Air Force determined the darker color scheme would create engine heat issues for the presidential aircraft, a U.S. official said on Friday.

The exterior color scheme on the presidential aircraft, known as Air Force One when the president is on board, is white with two shades of blue and dates back to President John F. Kennedy’s administration.

Trump, who left office in January 2021, wanted to change the color scheme to red, white and blue.

Inflation is expected to have remained elevated in May as gas, rent and other prices surged.