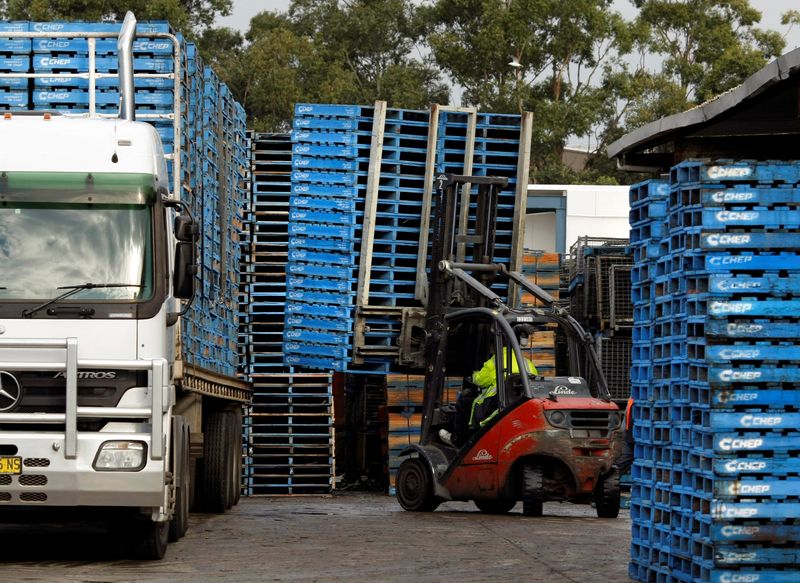 (Reuters) – Shares of Brambles Ltd rose to their highest in almost seven weeks on Friday, as investors cheered a decision by the Australian firm to scrap investment in a plastic pallets project that it said would have yielded lower-than-desirable returns.

The supply chain logistics company late on Thursday cancelled its investment in plastic pallets for customers who supply to U.S. big-box retailer Costco Wholesale Corp (NASDAQ:) after failing to agree on pricing and commercial terms.

Brambles had said last year it would invest in Costco’s shift to plastic pallets only if return on capital invested (ROCI) was more than 15%.

On Thursday, Brambles said Costco and its suppliers were unwilling to agree on terms that would help it meet that target, even though the cost of plastic pallets has jumped 50% since September.

Shares of Brambles surged as much as 7.4% on Friday and were set for their best day since mid-May, as the company’s strict adherence to cost control swayed sentiment more than the loss of the project.

“We view the decision as a positive. Investment in the plastic pallet pool for Costco would have required a material increase in capex while also bringing added execution risk,” Morgan Stanley (NYSE:) analysts wrote in a note. “We believe that the decision not to proceed with plastics is a best case scenario.”

Analysts at UBS said while the overhang of potentially losing Costco volumes may be viewed negatively, it does not change their expectation of substantial free cash flow recovery in the 2023 and 2024 fiscal years.

“Brambles stuck to their capital discipline… Private equity is more likely to stay interested given lower committed capex,” they wrote.

Shares of Brambles, which was recently a takeover target of European private equity firm CVC Capital Partners, were up 3.8% at A$11.12, as of 0232 GMT, while the broader market rose 0.5%.