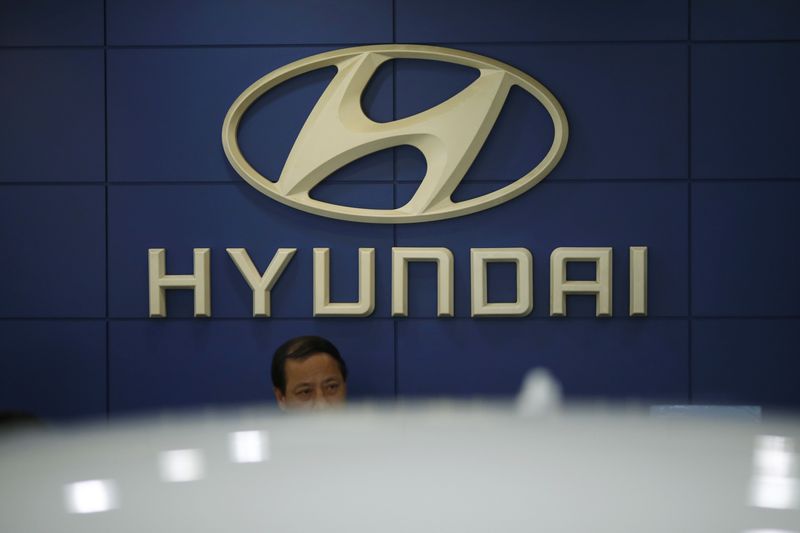 © Reuters. FILE PHOTO: An employee sits in front of the logo of Hyundai Motor Co. at its dealership in Seoul, South Korea, October 22, 2015. REUTERS/Kim Hong-Ji

(Reuters) -Australia’s Arafura Rare Earths Ltd said on Monday it had signed a binding supply deal with South Korea’s Hyundai Motor Co and its unit Kia Corp to supply up to 1,500 tonnes of a rare-earth oxide per year.

Neodymium-Praseodymium (NdPr) oxide, an element used in the making of electric motors for electric vehicles, is prized by automobile companies making the green energy transition.

Under the agreement, Arafura will supply contract quantities of NdPr over seven years that could increase up to 1,500 tonnes per year from the fourth year when its Nolans project in Australia’s Northern Territory begins production, it said in a statement.

Supply of the element is currently anticipated to commence in 2025 subject to project financing, construction and commissioning of the project.

The Perth-based miner also signed an agreement to begin talks for strategic investment with Hyundai and its affiliates, it said.

In July, Arafura signed a non-binding agreement to help GE Renewable Energy build a supply chain that it will need to manufacture offshore wind turbines.

Dow Futures Decline, Investors Look Ahead to CPI By Investing.com